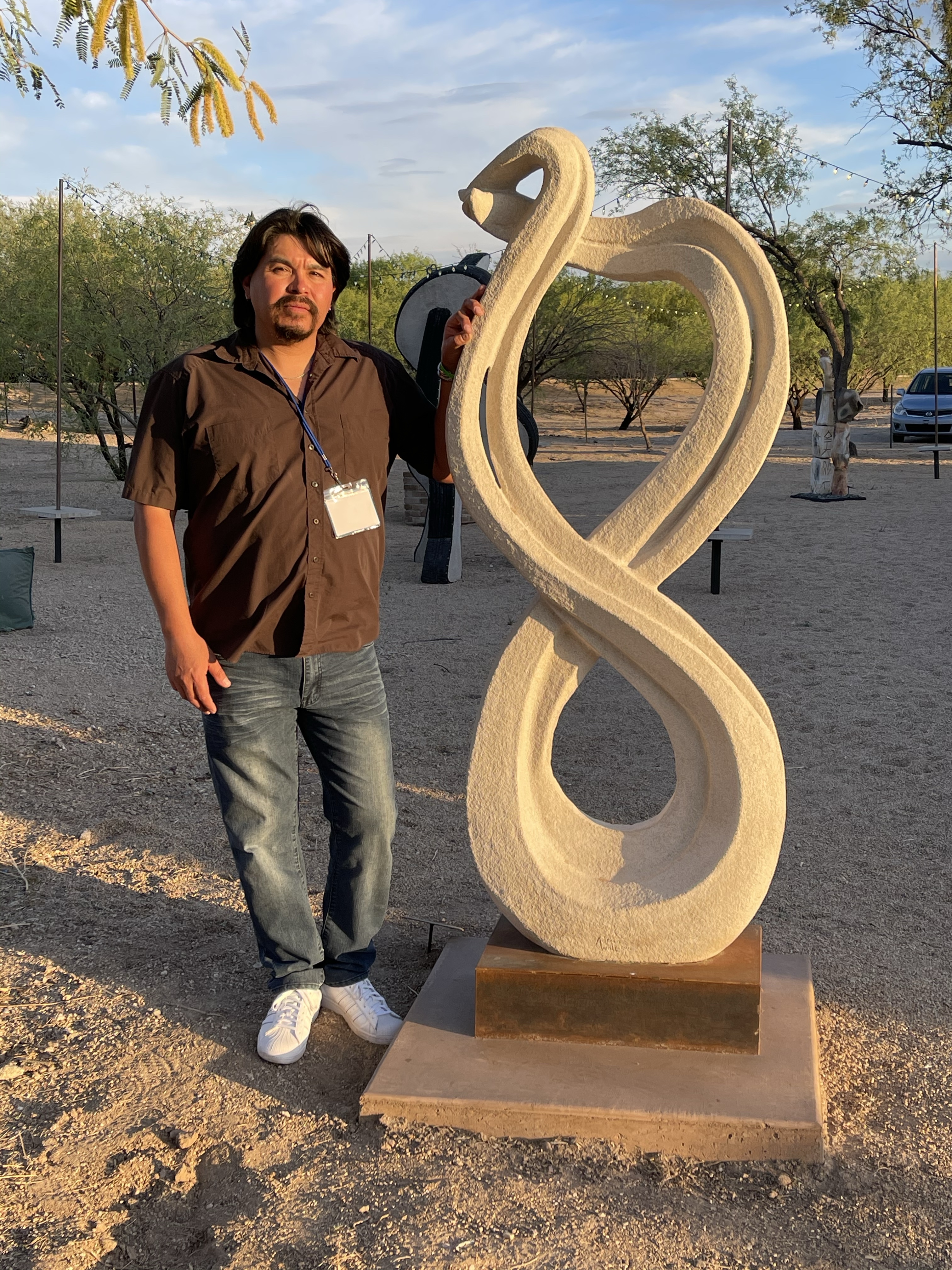 Born in 1970, Adrian Wall is a sculptor from Jemez Pueblo, New Mexico. He received his BFA from the Institute of American Indian Arts in 2014. He has been sculpting since his late teens and has always had an affinity towards stone sculpture. While Adrian Wall’s primary medium is stone, he works with many materials, including clay, bronze, and glass. He has won several major awards in sculpture competitions across the United States and is a member of the Indigenous Sculptor’s Society, an elite group of Native American Sculptors dedicated to the advancement of stone sculpture. His work can be found in the museum collections of the Eiteljorg Museum, the Indian Pueblo Cultural Center Museum, and the Hauku Museum. Adrian has been the recipient of several fellowships including the National Museum of the American Indian Visiting Artist Fellow, School of Advanced Research’s Rollin and Mary Ella King Native Artist Fellowship, Maxwell Musuem’s Chaco Heritage Fellowship, The Institute of American Indian Arts AIR Resident and Southwest Association for Indian Arts Fellowship. The subjects of Wall’s sculptures most often relate to his Pueblo heritage. Stylistically, Wall is well known for blending figurative detail with abstract forms.